The Blue Bird Cafe is tucked into Budapest’s historic Jewish Quarter. It is Euro-whimsical with spirally staircases and bird-infused wallpaper percolating caffeinated warmth. Tourists like its vibe. Locals like its roast.  The beat of old school music can almost erase the memory of the 1940’s when the place of this cafe was a hell-hole of dying. Almost, but not quite.

Evil tapped a victory dance and the Nazi war machine devoured people. Thousands. Chomp. Chomp. Chomp. Here where the Blue Bird sings today. I used to say that if I had lived then, I would have raised my bony fist and screamed down the gates of tyranny.

But, I no longer voice that sentiment – not since a Christian friend working for a secular, cross-governmental, anti-trafficking organization mentioned that he meets a lot of people like me.

“Many people tell me what they would have done in another period of history, as if it would have birthed a different response in them. I tell them, ‘No you would not have.’

He says it matter-of-factly, “If the story of the current 32 million slaves in the world does not move you, neither would any other plea from humanity.” [Tweet this @TSunberg]

In patient tones, I explain that the Church feels helpless. “Our hands are tied.”

“Like a 12-year old trafficked and sold for sex?”

He watches me shift uncomfortably and then he implores the Church to act. Governments, NGO’s, and even global partnerships are not enough. The Church is uniquely situated to win this war and without an intentionally focused Christ-body, this generation loses the fight for freedom.

we can do something

SIX WAYS YOUR CHURCH CAN MAKE A DIFFERENCE IN ANTI-TRAFFICKING

1. Be aware of vulnerability

The plight of trafficked millions entered the global stream of consciousness at the turn of the 21st century. Today, there is issue-based recognition but, the root of dismantling the industry lies with creating awareness that prompts community development. When businesses, neighborhoods, organizations and churches begin to harness the power of their presence for active prevention, then, awareness becomes real power.

Multiple layers of society need to be educated about awareness. That education looks different for each group.

Everyone must learn to spot and protect vulnerable people.

Vulnerable people, such as children, the impoverished, the neglected, must learn how to recognize and to reject exploitive persons.

Those who would become exploiters must be aware that they have other economic opportunities.

2. Be present in difficult places

Governments and NGO’s have money, but often lack grass-roots infrastructures for effective prevention and rescue. The Church, however, is present at an unprecedented, hands-on level in communities across the globe.

A strategic Body can root itself into a community and become that layer of protection to identify the next girl to be prostituted and the next boy to be pimped.  Being present to develop economic options that remove vulnerability and to establish financial independence is crucial.

To intentionally live and work with vulnerable people will develop relationships that can strangle the trafficking pipe-line.  This war will be won in a one to one, every boot on the ground battle. Effective anti-trafficking will not be sanctioned by government, or cured with programming alone. The end to slavery will happen when holy people, in combination with government and programs, are motivated to be actively present in hell on earth.

3. Step away from the church culture

For so long, Christians have enclosed themselves within the safe walls of the church and developed a vocabulary and culture that can sound odd to others. Secular organizations can be hesitant to partner, fearing manipulation or poor practice until we learn to communicate in authentic, professional and intelligible ways that are free of the christian dialect.

Healthy evangelization means working with secular people for temporal good absent of the pressure to lead them to Christ. Focus on building healthy relationships of respect and be ready to give witness when you are invited to do so. Pray.  Learn to see people as people, not as salvation projects.

Trusting the Holy Spirit is not an abdication of our Christian responsibility, rather, it is a reliance on Grace to open doors and hearts.

Historically, the Church has focused on teaching women to dress modestly for the sake of her male counterparts. We heap guilt and responsibility on young girls to prevent men from being led astray by sexually suggestive clothes.  We have a ‘boys will be boys’ mentality that leads us to say much less to men and with much less fervor about their responsibility to submit their thought life and sexual practice to Christ.

Comparatively, Sweden has one of the most effective anti-trafficking cultures on the globe. Law enforcement prosecutes those who pay for sex, not the prostitutes and pimps. By targeting those who create demand and bypromoting media campaigns that create a culture of shame around paying for sex, the ‘boys will be boys’ mentality is crumbling.

Sex sells – in the media, in sports, in fashion, in food, in cars, in video games. Sex is everywhere and men are inundated with warped messages of masculinity, power, and wealth. Culture perpetuates greed and lust. Breaking the connection between sexuality and material happiness demands that the Church takes a hard look at the idolization of money and wealth – inside and outside of her walls.

Statistics show an alarming rise in forced labor, with 50% of all human trafficking now the exploitation of people, including children, for work.

Just as sex sells, poverty creates disposable people. In his book, Disposable People: New Slavery in the Global Economy, author Kevin Bales explains that the situation for a 21st century slave is graver than his 19th century counterpart. ‘Humans are  easily used up and discarded by those who exploit them. Today, an average illegal child laborer can be purchased for $90. At that cheap price, the smartest business decision is to simply use up a person and then buy a new replacement.’

Profit margin based upon cheap labor drives the industry but faith communities can create economic alternatives. How can you work with a pimp to create other employment options? Are there creative ways to help businesses be financially profitable without exploiting people?

Long before the Nazi war machine roared to life, Irish philosopher Edmund Burke said, ‘All that is necessary for the triumph of evil is that good men do nothing.’ [Tweet this @TSunberg] Painful words, Mr. Burke. Some two centuries later, German theologian and anti- Nazi dissident, Dietrich Bonhoeffer, echoed Burke. ‘We are not simply to bandage the wounds of victims beneath the wheels of injustice, we are to drive a spoke into the wheel itself.’ [Tweet this @Tsunberg] Bonhoeffer must have pictured Nazi tanks as he made his plea.

Our call is to go beyond patching wounds. The ‘spoke in the wheel’ that Bonhoeffer refers to is our life. Today, the Church is called to rise up, to move in and to speak out as the Jesus-body for this generation.

Pick up a spoke. Stop the machine.

It is early morning. Too early. The February freeze won’t loosen its grip and it creeps into this dark, before-the-sunrise home. Its cold, sharp fingers burn as I kiss Jay goodbye. He’s got a plane to catch. Bulgaria. More than half of my heart explodes as he closes the door.

Into the emptiness of the sleeping room, I tap out Ed Sheeran i see fire ukraine revolution and he sings me a song for this generation. A song that seems a prophetic voice for the revolution that is Ukraine right now. There are images of Maidan caressing his smooth voice –

This is the global neighborhood that I call home. END_OF_DOCUMENT_TOKEN_TO_BE_REPLACED 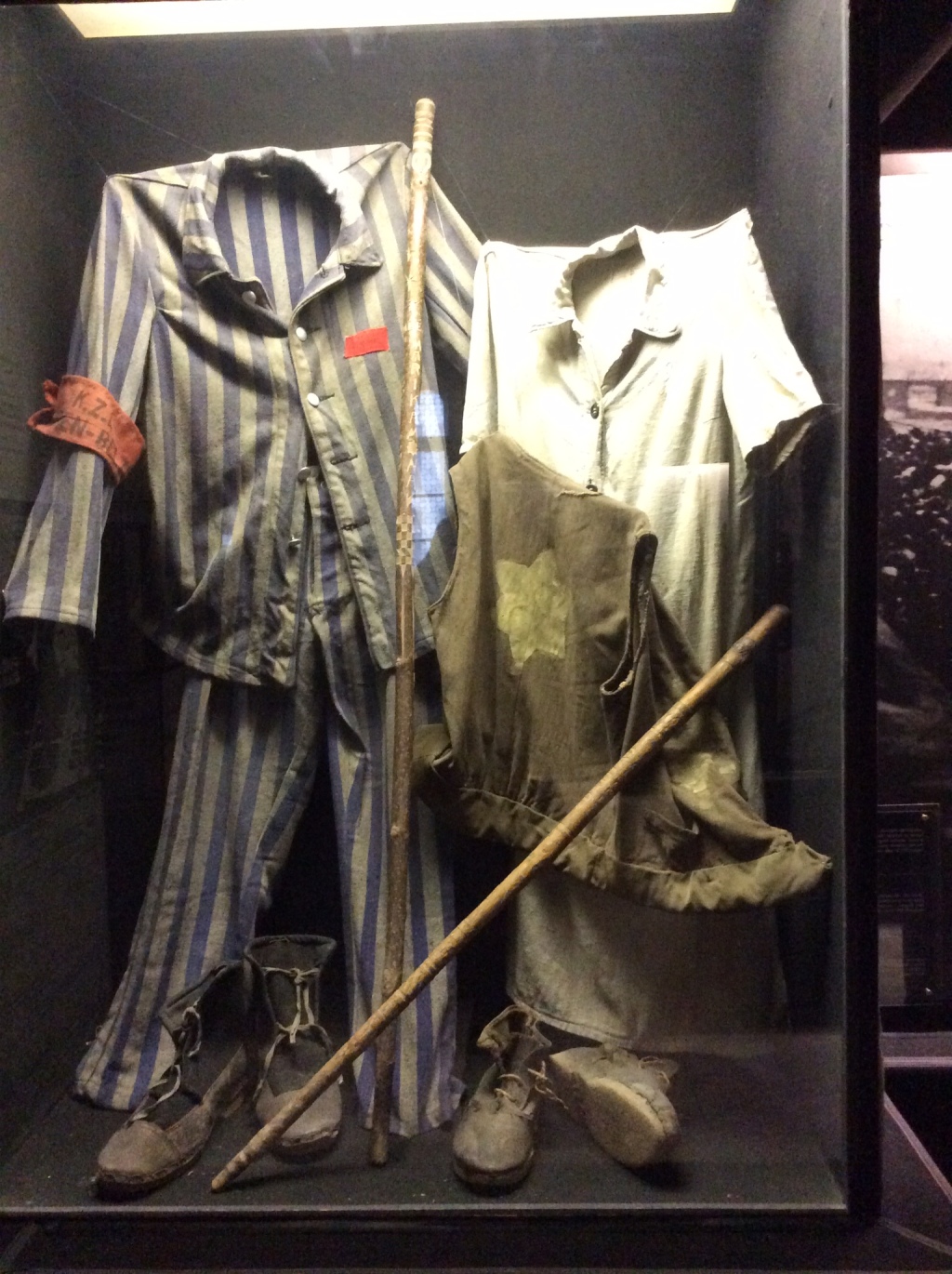 In the Dohanyi Synagogue Museum, Budapest

In the Synagogue’s museum, there is a photo of a Jewish man and boy behind a fence in the Ghetto. A sign reads, ‘No Christians beyond this point.’ The irony of that sign punched me in the stomach yesterday, because, if there is anywhere the Body of Christ should be, it is beyond that point, right there with the hurting, the hated, and the walking dead.

I understand the cultural context, how that sign made sense to the ones who posted it, and perhaps that is what makes it all the more frightening. It made sense to the Nazis. It made sense because anytime we use ‘us and them’ as language, we enter into dangerous, self-serving waters.  END_OF_DOCUMENT_TOKEN_TO_BE_REPLACED

Conflict happens like that. It lunges, leaps, accelerates from a spark into a flame faster than expected; leaving your heart pumping and your mind racing, effectively ineffective endorphins flood your blood stream. 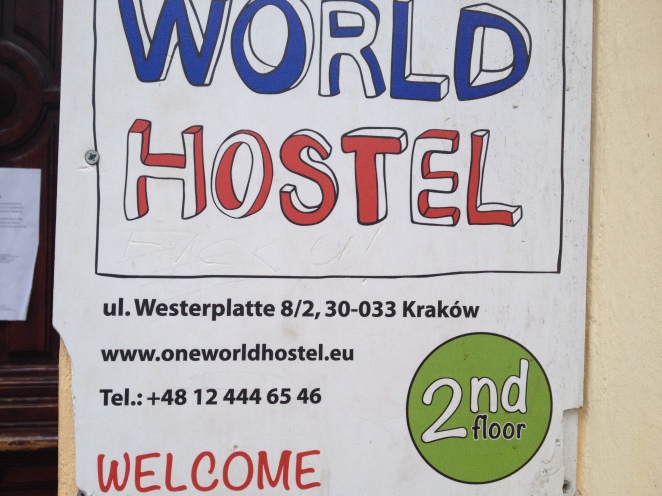 They were rough, homeless perhaps. In a big city, you start to not notice them; like moving, breathing tiles, they blend into the landscape. But suddenly and quickly, the skirmish was escalating. One tile threw a punch. Hair pulling. Screaming. Punch. Punch-punch.

There is a guard at the corner grocery, ‘Police,’ I asserted and in my haste, Bulgarian came out because years taught me how to express panic, cry for help, get attention in that beautiful language.  He understood and he followed me out of the door. 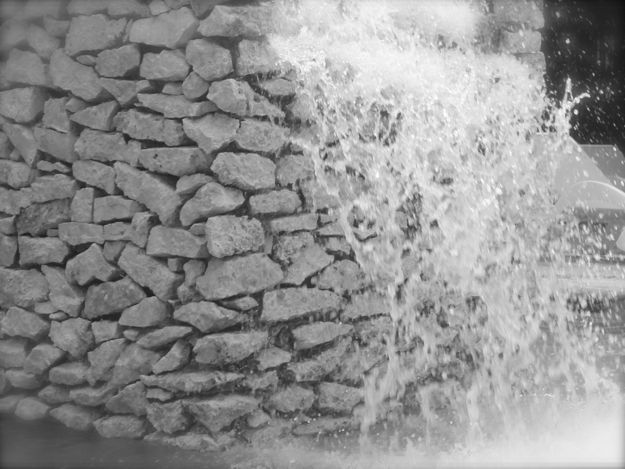 I pulled the words from a locked room and made them speak in Hungarian, sticking my phone in his face. “Call. Police.” more strident now because the blonde woman was on top of the dark haired woman, strangling her.

In my panic, I could not remember how to dial the Hungarian police. At the moment I most needed help, I was helpless. It is a sinking thing to watch a woman’s face grow a blood shade of red as she fights for oxygen.

And, I am not sure that this post needs closure because the story certainly does not have it. We expect bloggers to wrap up posts with home-spun wisdom and story-tellers to create endings and journalists to craft a conclusion, and preachers to pray a prayer, but our world does not operate that way. Real life throws a punch and bleeds. And sometimes fellow humans stick around and watch, helpless, or apathetic, or paralyzed with fear. The woman on the ground struggled for breath while the other woman wrapped her fingers around a throat and squeezed.

Some kids are going to die today somewhere on this planet while I eat a panini in GoaMama on Kiraly Utca in Budapest.

And that is why I hate Auschwitz. It makes me face my greatest fears. Without God, this place is hell.

We do enough good things that we come to believe that we are essentially good. But, history and a street corner on Kiraly Utca bleed a different kind of truth. Remove the perimeters that define our morality, destroy the safety nets and make us desperate, feed our hunger with fear, and the punches crush jaws and the heads topple, and the body gushes blood.

Casting Crowns asks ‘If we are the body, why aren’t his…?’ I love that song.

GoaMama’s Panini was good but it left my body hungry. Ironic, is it not?

The highest commodity on the human market today is a pregnant woman.

I didn’t want to do it, but I watched it because my 13-year old said that I must. I made the mistake of taking her to Auschwitz. Then, she wanted to watch The Boy in Striped Pyjamas. END_OF_DOCUMENT_TOKEN_TO_BE_REPLACED